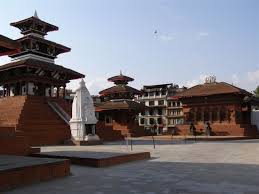 Also known as Basantapur Durbar Square, it is located in front of the old royal palace of the then Kathmandu Kingdom. It is one of three Durbar Squares (royal palace) in Kathmandu. The Durbar Square is surrounded with spectacular architecture and vividly showcases the skills of the Newar artists and craftsmen over several centuries. The royal palace was originally at Dattaraya square and was later moved to the Durbar square location. The Kathmandu Durbar Square has the palaces of the Malla and Shah Kings who ruled over the city. Along with these palaces, the square surrounds quadrangles revealing courtyards and temples. It is known as Hanuman Dhoka Durbar Square, a name derived from a statue of Hanuman, the monkey devotee of Lord Ram, at the entry of the palace. The top of the huge nine-storey Basantapur Tower, gives a great view of the palace, the city and even the Himalaya Mountains on a clear day. The struts on the facade of the tower, especially those facing Basantapur Tower have erotic carvings on them. 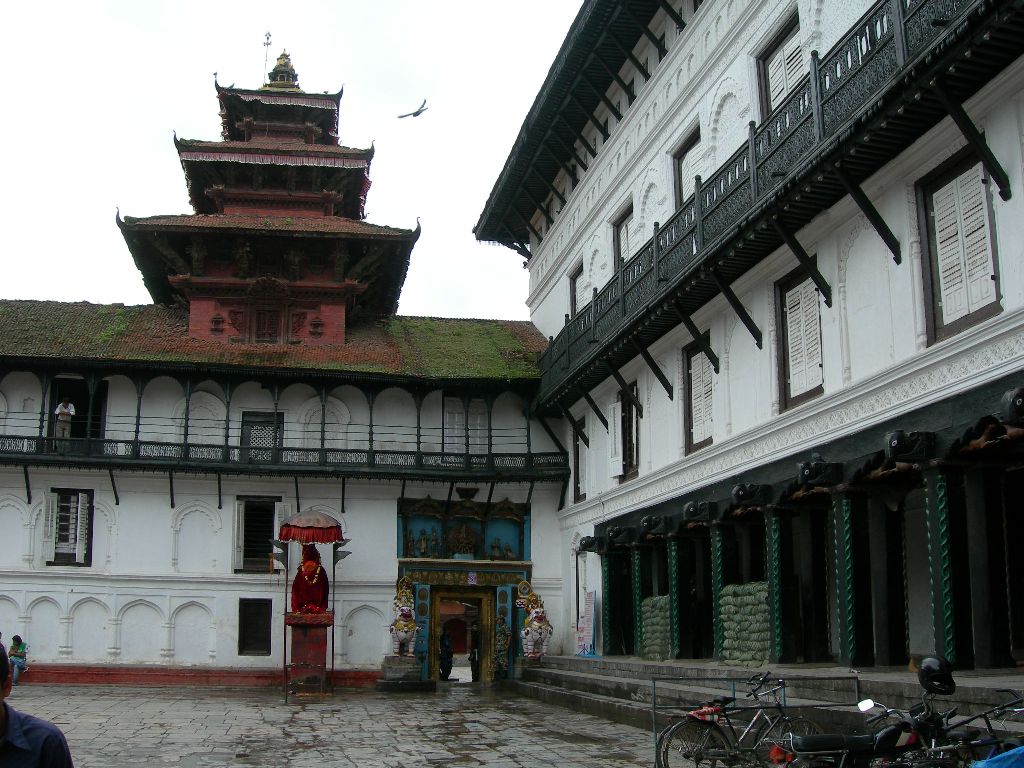