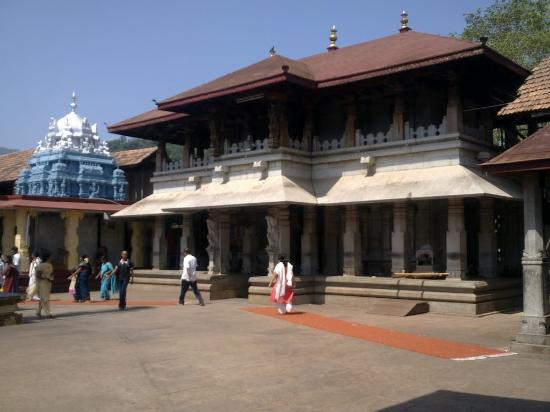 located near the peak of the mountain, this temple is believed to be built on the exact spot where the goddess is believed to have slain the demon. At the entrance there stands a roughly 40 ft high iron pillar of unknown but indisputably ancient origin, which according to popular lore is part of the trishul used by the goddess in the violent battle. Proven through testing to be made of pure iron, the pillar remarkably seems to be hardly affected by corrosion considering the humid climate it is situated in. 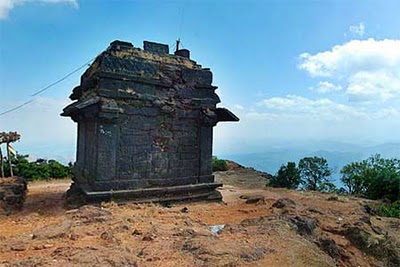